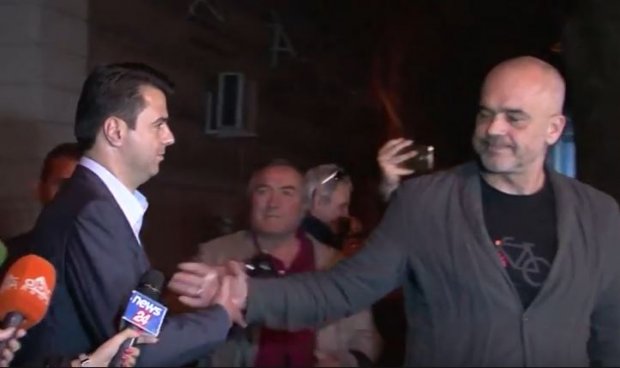 Prime Minister, Edi Rama invited the opposition to dialogue but he had a condition for it.
As the Premier stated, he is ready to dialogue with the opposition and work together for the opening of accession negotiations in October, only if the opposition stops insulting Albania in foreign languages.
"If they want peace, then they will have it. Peace will begin only when they will stop insulting Albania in foreign languages.
If they want an agreement for Albania, then they will have it. The agreement should be without conditions and with engagement to open the accession negotiations in October. The EU decision is not in our hands but we can do a lot," said Rama.

Following the agreement reached on Electoral Reform on Friday, the Political... June 6, 2020

On the occasion of the International Environment Day, President of the Republic... June 5, 2020
Current Events
MORE

The European Commission has called on all EU member countries to lift their border... June 5, 2020

Another 1.9 million people filed for unemployment benefits in the United States... June 4, 2020