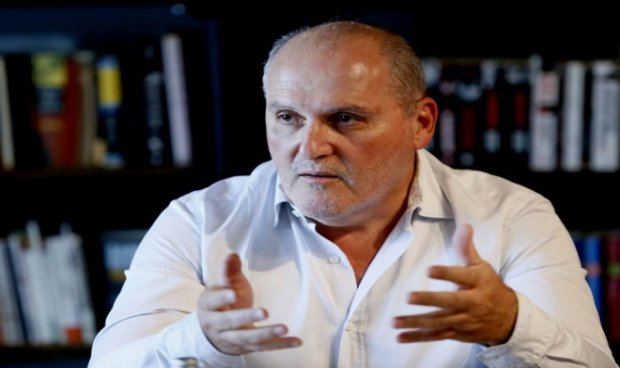 Veton Surroi
Even Serbia's EU membership in 2025 went to the graveyard of rash European ideas. Kosovo suffered most indirect damage. Now the new policy is ready.

Serbia will not be a member of the EU in 2025.
This is an almost consensual finding of all experts involved in the EU enlargement process, whether in the EU or in the Western Balkans. And behind this finding lies the end of one political project and the beginning of another.
The political project that ended had as its main idea the culmination of Serbia's EU membership in 2025. The hope in some EU countries and the European Commission was that by offering (unofficially) a membership date for Serbia, a dynamic reform process in the Western Balkans that would solve at once, like with a magic wand, some open problems, would be initiated or accelerated (depending on the perspective). So by 2025 Serbia would be reformed internally and become an exemplary democratic state, would reach an agreement with the Republic of Kosovo, help reform Bosnia and Herzegovina in order to become a functioning state, move away from the axis of Russian influence and thus would become the first boat in the "frigates" system of EU membership of the Western Balkans. After this accession, along with Montenegro, the accelerated membership bar would open for all others, Bosnia and Herzegovina, North Macedonia, Albania and Kosovo. By doing so, it was hoped that Serbia would lead the transformation for the better, rather than the role played as the leader in the wars and destruction during the disintegration of Yugoslavia.
This political project failed. Serbia is no more democratic country than when J.C. Juncker took over the leadership of the European Commission. During his mandate, no agreement was reached between Serbia and Kosovo (and even the gap widened a bit further) and Serbia did not help reform Bosnia and Herzegovina (on the contrary, Bosnian Serbs have a more blocking policy on Bosnia and Herzegovina than before). And, to a great ironic final effect, at the end of the European Commission's mandate Serbia will sign membership in another European economic union, the Euro-Asian one, led by Russia.

Kosovo has suffered the most collateral (side) damage of politics that regards Serbia as a European "pivotal state". Since proclamations of independence, Kosovo has been expected to be willing to sign an agreement with Serbia, one that is not exactly recognition, and even recently one that would not be exactly involving the territory with which independence was declared. Since the declaration of independence, Hashim Thaci and his coalition partners have been asked, and they have accepted, for the country's territorial integrity, sovereignty and constitutional order to become negotiable categories with Serbia. Hashim Thaci agreed with the Brussels Agreement to install in Kosovo the territorial and political autonomy of the Serbs, and when that did not suffice he agreed to provide part of the territory of Kosovo. In return for this approach, the leaders, led by Hashim Thaci, were promised non-involvement in activities to capture the state and, consequently, immunity.
In the geopolitical viewpoint, criminally ruled Kosovo could be a factor of stability if criminals are willing to negotiate with Serbia, giving up territorial integrity and constitutional order. In this geopolitical viewpoint, political forces that would put into question the territorial integrity, sovereignty, and constitutional order would be instability factors, even if they were examples of clean politicians.
This was demonstrated earlier by Catherine Ashton, the former head of European diplomacy, who in 2010, when industrial vote theft took place in Kosovo, sent a letter in which the emphasis was not on stealing votes but on initiating dialogue between Kosovo and Serbia. So something like "solve the voting thing, but on Monday I want you at my desk to start the dialogue".
Kosovo has been able to learn from the Bosnian experience. This effect of collateral damage has long been felt by Bosnia and Herzegovina, a dysfunctional state that anytime it thinks of reforming the system, is reminded that Serbia is a guarantor of the Dayton Accord, and consequently nothing can be done without it.

To be clear: although the idea that by 2025 Serbia may be an EU member state is dead, (also because of French President Macron's insistence that EU enlargement be halted until the EU reforms itself), the idea of Serbia as a pivotal state, is not dead. It is not the small number of countries that believe that if Serbia were to change all at once, the whole region would change. And this is what President Vucic knows, who has put this knowledge into political balance: Serbia will be part of the Euro-Asian Economic Union, until or if it manages to be part of the EU .

The new Kosovo government will again face the demand of powerful Western states to return to negotiations with Serbia. And it will still be required to do so under the umbrella of the EU, namely the European Commission's external service. But unlike the last two years, there will be no time pressure on deadlines invented or agreed upon with Serbia's EU integration deadlines. And unlike the last two years, the pressure of time, will not add to the pressure of snap and unruly solutions, of bargains for territories and people.

And yet, as soon as the first attempts to resume negotiations begin, the first signs of what direction it will go will be given. One of the most realistic possibilities is that the new European Commission's greatest ambition is to simply resume a negotiation process, even where it had been several years ago. If that is the case, then it will be just a waste of time and some kind of training on what is expected to happen, a new political idea.

The idea of a new approach is already underway. One item of its frameworks is that it is no longer worth the rush for Serbia in 2025, and with it the transformation of Serbia into a magnetic pole that will pull the region towards the EU. The other is that the Brussels process did not bring about normalization and that something more ambitious is needed. And another is that an agreement must be reached between Kosovo and Serbia even without the positive impetus of rapid EU membership, but for the sake of the needs of the countries themselves and the region. And when we speak of the region, this is one of the key items of the framework that may be developing: if the Western Balkan countries want to join the EU because of the four freedoms (freedom of movement of goods, services, capital and persons), then why can't these four freedoms be defined earlier in the space where they live?

The new government of Kosovo, upon the well-founded assumption that it will be a reformist government, opposed to the current state capture, is likely to face a new European policy that may be being drafted since now. And it can integrate its thoughts from the beginning.