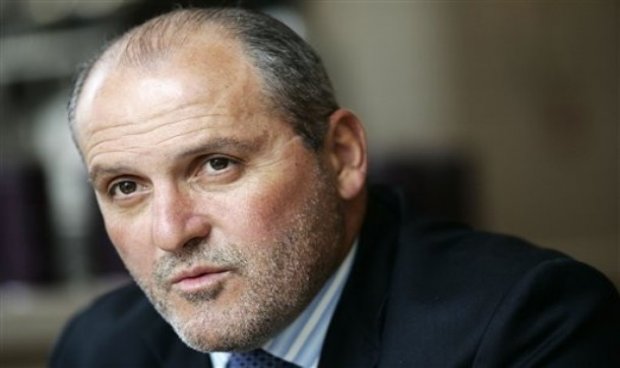 Serbia, Albania and North Macedonia will sign aspirations for a common market. How about with a fragile idea?

It is said (just like for many other anecdotal confessions that may or may not be true) that former British Prime Minister Winston Churchill once stated that if you do not want to solve a problem, then establish a working committee. The Committee will consume time and energy enough to forget what the initial problem was, and during the process it can create new problems (who leads it, regulations of procedure, funding and so on).
It has been a couple of decades, and perhaps more, that an anecdotal committee in the Western Balkans has taken over the idea, which gets various names and is now being introduced to the media as the "Balkans mini-Schengen". So, in the last twenty years, at least ritually, every time we come to the assessment that the region is moving too slowly towards European integration, the idea of establishing trade liberalization in the region emerges. In a simplified form, the question arises, how can the Western Balkan countries seek to enter the European common market while not having the same freedom of movement (of the four freedoms: movement of goods, services, capital and persons) among themselves?
Consequently, the recipe comes out ritually: an organization for better regional cooperation needs to be created. And so, they became over two decades old. I still remember the first time I heard such a thing, right after the Dayton Agreement, when a kind-hearted American diplomat encouraged the idea of a Southeast European cooperation process, and my question about how would Kosovo, occupied by Serbia do this cooperation, explained that it was a difficult thing, but somehow free trade finally found the way to a solution.
Instead of free trade, NATO was forced to find a solution.

Next week, in Novi-Sad of Serbia will begin the next attempt to push forward regional co-operation. The difference this time is that the project is more ambitious and is not as much a product of a diplomatic lab, as much as a regional initiative. Serbian President Vucic will host the prime ministers of Albania, Rama and North Macedonia, Zaev, to launch a joint market, project initially between the two countries, which is then expected to include all three other Western Balkans countries - Bosnia and Herzegovina, Montenegro, and Kosovo.
The idea is to give political consent in Novi-Sad to the three signatory countries to open their markets in the spirit of the four European freedoms and thus, according to all World Bank and International Monetary Fund analysis, to create along with proportional market growth, the needed entrepreneurship.
The idea is also to understand that this will be the new political project following the failure of the previous project, that considered Serbia in an accelerated membership in 2025, which would solve just like by magic wand all regional problems: Montenegro would also be in the EU, Albania would wake up to immersion in its political mud and would reform quickly, Bosnia and Herzegovina, would emerge out of non-functionality, and Kosovo would no longer be a contested state from the outside and captured from within.
The EU in the upcoming days, if things go as expected in the European Commission, will give signs of support for this Novi Sad initiative not only as an initiative, but as an opportunity to be the EU's next project for the region. So if the Western Balkan countries want to integrate into the EU, they must first integrate with each other. Anyone who would like to challenge this logic of the new policy would confront a response already prepared: this was done before accession to the EU and as part of facilitating the accession path for Visegrad countries (Poland, Hungary, the Czech Republic and Slovakia).

The problem, of course, is that the warned war attempt in Novi-Sad has no analogy with Schengen, nor with Visegrad. The name "Balkans mini-Schengen" is completely inappropriate, because the Schengen Agreement is about the creation of a free trade zone with the unification of the entry procedures therein. And this Agreement came many years after the economic union of the EU countries was created.
All three countries will, in fact, discuss how to liberalize their markets just as the Visegrad countries did. But here the analogy interrupts, because the Visegrad states had no unresolved political issues among themselves. Indeed, the only political problem that emerged was the disintegration of Czechoslovakia, but this was resolved with the membership of the Czech Republic and Slovakia as successor states. Unlike Visegrad, the Republic of Kosovo, a state contested by Serbia, without which there is no regional integration, will not be present in Novi Sad.
If it is neither Schengen nor Visegrad, what is it that Novi-Sad claims to be? The idea has two common conceptual denominators. One, "Novi Sad" should be a temporary substitute and at the same time aiding the lack of European integration process acceleration. So, unless there is an accelerated path reformed by the European Union, the region must "integrate" with one another, and it does well for the region, as Visegrad has shown. And two, the regional economic integration framework will help reach an agreement between Kosovo and Serbia. In a context of European "four freedoms" - this logic says - it is easier the agreement that finally integrates in this space the state of Kosovo, as an equal member.

The process that is supposed to start in Novi-Sad is very easily broken.
President Vucic may be told that there is already a Free Trade Agreement (as CEFTA), but that did not solve the problem between Serbia and Kosovo. Moreover, Serbia, which enjoyed an unhindered market in Kosovo, did not solve the problem with Kosovo, but complicated it.
Prime Minister Rama may be told that there has been unhindered space to liberalize economic communication between Kosovo and Albania, but there are no Albanian or Kosovo entrepreneurs who will consider that there is room for economic freedom between the two countries. If it does not happen between Albania and Kosovo, how can it happen between Albania and Serbia?
And the EU may be asked where Novi-Sad will enter into the Initiative's broad spectrum - all in the context of regional integration? The governments of the Western Balkan countries, if they had nothing else to do in their own countries, would not have enough time to follow up on any Initiative of Southeastern Europe.

The advantage of Novi Sad can be among the disadvantages. The fact that time has to be spent to point out the shortcomings of this process is, paradoxically, indicative of the ground for a new idea. And that the ground is beginning to fill with this of Novi Sad which, even though very hurtful, is likely to go on further, especially as it will emerge as the first "home" idea to be addressed to the EU, by the region.

For politicians in the region, it is a signal - a challenge to get involved in competing ideas that might be better.