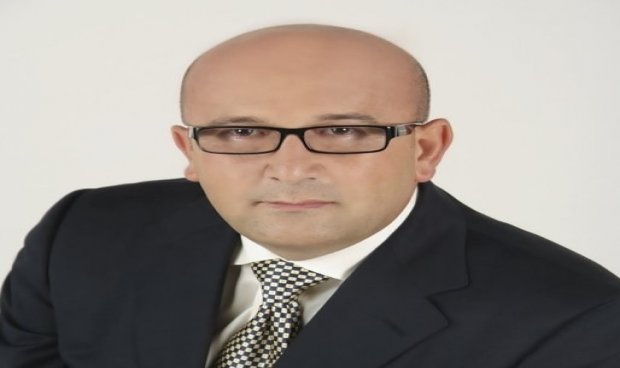 Although unbelievable, it is still true that Kosovo and its territorial integrity is today more threatened than ever before in the history of the nation.
And for that to come from Washington, it would be the last thing bookmakers would bet for before the Trump era.
Being anti-Trump today in the context of developments in the Balkans does not mean that you are anti-American. There are absolutely two opposite things.
In an article in August, in the newspaper "Shqip", http://gazeta-shqip.com/lajme/2018/08/13/ku-eshte-e-gabuar-qe-kerkohet-korrigjim/ when the saga of the territorial "scissors" towards Kosovo had just started, I had my skepticism, from the ones that cooled the spine from cold sweats, that the Americans were behind this iceberg in the waters of great international politics.
Today, it is becoming increasingly evident that the Americans of the Trump administration and his mustache John Bolton, for whose mustaches post-war Kosovo would have to be bitten, are the ones shaking hands behind cosmopolitan, visionary protagonists of the nation, in Pristina and Tirana, for reasons they know better, and who have been slouched by this half-meter handshake, looking at the earth.
It's about Thaci, Rama, and their mini-Bolton-moustachemen. I have also said in that writing that the day will come when the Mitrovica issue will come to the surface and I regretfully ascertain the recent statements addressed to Kosovo. The Trump administration is not the most pro-Albanian administration in American history, but rather the most anti-Albanian, and probably the only one to date.
First, Trump is not known to be a deep and passionate connoisseur of American foreign policy, and his recourse to international relations is scary, they are even opposed by his security chiefs, both in the CIA and in the highest institutions of American politics, such as disputes over issues like Iran, Syria, etc.
Trump probably does not know where Kosovo is located and he is not known to be an ardent pro-European. He could even undermine its most staunch ally, Great Britain, and there are plenty of examples of attitudes and frictions with London or even Germany, not to mention NATO.
His misfortune is that particularly in his policy towards Europe, he is alarmingly under the obvious Russian influence.
And those who know Washington policy well, report from there saying that a "Russia-gate" will be exposed. They even say that he is captured by Russians, who may have compromising evidence during visits to Moscow, in the framework of international beauty contests, or even on the issue of building the Trump Tower in Moscow, which he attempted to negotiate with the Russians of Putin. Time will tell the truth of these claims.
But Trump and his jackals of foreign policy and American security, led by John Bollton, an ardent pro-Serbian and proclaimed anti-Albanian, appears to be using the Kosovo issue more for the needs of their politics in report to Putin and their record on international politics as examples of PR-I, as well as deviating from the problems he and his administration have with investigations of Russian influence on greater Western democracy.
Trump is not the America we know. The current US administration is not like the one of Clinton's, who helped Tony Blair with Kosovo during the war, nor that of Bush's rightists, who sought to recognize Kosovo within 15 days when asked by Sali Berisha, for the sake of truth.
Trump is the rightest American wing, putting shame on other past administrations, for which Albanians have had infinite respect.
That is America that Albanians have admired and begged for, loved more than Americans, and more than Albania and Kosovo, not this current administration.
The unfortunate thing of today's diplomatic efforts to bite Kosovo is that vulnerable and fragile Albanian politicians have been found to make Trump and Bolton's game easier.
They try to promote their servility as if they are more concerned about Kosovo and the future of the nation, which, unlike the diplomatically unaffiliated majority, has the ability to identify just that, if it fails to do what Americans want it to do, years and decades will be lost on the road to the welfare of Albania and Kosovo!! These off-shore visionaries did not have this opinion before the coming of the Trump administration. Kosovo will not have a UN seat, if it does not give away territory!
But if so, may it never be seated, as Kosovo will neither lift up, nor lower, by the fact if it is or is no part in a UN, that "nobody puts attention to", regarding matters of the world.
If Serbs do not want to behave as citizens of a state where they live, such as Kosovo, well that is okay, even Albanians, for example, in Macedonia can behave like Serbs in northern Kosovo, even those of Montenegro, if you want. Why not ?! Henchmen in favor of Kosovo being bitten, continue to convince you that Kosovo will not enter EU.

But may it never enter the EU, in that EU that has neither the dignity nor the morals, to give Kosovars the victims of the biggest war on the continent after World War II, the right to visas.
Among those in the EU who oppose, there are many who never even lift a finger to help Kosovo Albanians during the war, and would let them be exterminated, unless it was for Blair and Clinton.
Shame would be theirs, if they first admit Serbia into the EU, leaving Albania and Kosovo behind. Although I believe they will not do that.
As for Mogerini, in a few years 'time she will be remembered exactly as much as Solana and Barroso, who today are enjoying fat pensions from the EU even when they closed their eyes as gullible, over the Greeks' abuses with EU funds for years.
These Eurocrats have double standards, depending on the potency or impotence, of the countries they communicate with, as is the case in Britain, although disproportionate as an example, when they concern themselves over the Irish Backstop issue, while for Kosovo, they seek from it to release territory to join the EU, as they did with the demarcation with Montenegro.
Kosovo will live beyond Mogherini and those who come after them. If the criterion is to give away territory to enter EU, then poor them!
"In international relations, there are no permanent friends, but permanent interests," said British Lord Palmerston, who was quoted by one of America's most successful diplomats, Henry Kissinger, as speaking of American real politics.
The time has come for Albanians to be pragmatic and to look at all their permanent national interests and to lean into alliances with those who in delicate moments of history, converge with their permanent interests.
If today the UK and Germany are opposed to the partition of Kosovo, let them be Kosovo's closest friends, until this increasingly pro-Serbian and pro-Russian administration, be no longer in charge of the White House.
The Serbs also endured the Clinton's and Bush's and Obama's administrations; let the Albanians endure this of the Trump of America as well.
Let them hold on to true friends, both among Democrats in the US Congress and those Republicans who have supported Albanians and have contributed to this today's Kosovo, which "Trump's Boltons" want to undo.
The Trump administration is behind this entire story, wanting to neglect the will of the people and approve the swapping of territories through parliament, as was done with the agreement between Macedonia and Greece.
This US administration is, unequivocally, in favor of the the swapping of territories and is the power and the wind behind the veils, as long as they are not clearly and openly stated to the contrary, as the Germans and the British publicly state.
After all, even Trump puts his country first, as the political doctrine, as to the politicians in Pristina and Tirana do not want to.
Kosovo should be "First", as it will survive the temporary Trumputins in Washington and Moscow, who should be cleverly avoided until a better time arrives in traditional American politics, which is soaked in embarrassment by the current president and his administration.
The irony of Albanian history in these last 100 years is that in very important periods of Albanian history, when national destinies and their territories are determined, there will always be "Esat Toptanis", but also characters after which Squares are named.