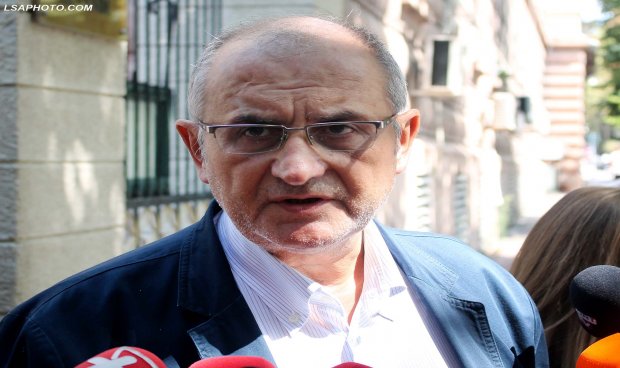 The Justice Appointments Council is a mafia instrument in the hands of the government for capturing the Constitutional Court.

How the Justice Appointments Council violated the Constitution and the law!

1. JAC deliberately sent the President of the Republic two lists at the same time for the two seats, while being obliged to send only one and according to the order provided by the Constitution;
2. JAC has deliberately in a mafia way violated the constitutional order by its actions;
3. JAC illegally published in the Official Gazette the order of the candidates, when it had to publish it only on the High Court's website;
4. JAC has deliberately violated all the deadlines for reviewing candidacies and forwarding lists to impose a decision on the President of the Republic;

In the meantime, the President of the Republic of Albania through official documentation made the following assessments:

The expectation of having a functioning Constitutional Court as soon as possible does not legitimize the fact that the Council carries out shallow assessments, which may lead to a violation of constitutional standards, or avoid the fulfillment of the requirements of the law.

This subjective state of emergency created by the Council's blocking and malfunctioning during 2017-2018 cannot tolerate the fact that the current JAC, for certain issues, makes extensive and creative interpretations beyond the powers provided for in the Constitution and law.

The President encourages the Judicial Appointments Council to carry out as soon as possible the verification, evaluation and the scoring of candidates, forwarding to the Presidential Institution lists with the necessary number of candidates evaluated and ranked for each vacancy to make to enable that the appointing bodies can be capable to elect as soon as possible the new members of the Constitutional Court.

The Justice Appointments Council as part of the JAC-Government mafia binomial tried to dictate to the President:

1. To violate the Constitution by electing two members at the same time;
2. To deprive the President of the opportunity to appoint the next member of the Constitutional Court;
3. To impose the election of preselected candidates.

The hope of all Albanians for an independent and uncaptured justice from the parties faded.