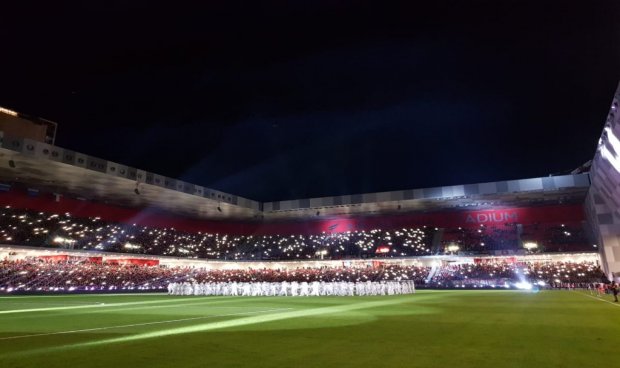 Even though the atmosphere at the new national stadium of Albania "Air Albania Stadium" was electrifying, this did not help Albanian national team to secure a positive result against world champions, France.Albania vs. France match finished 0:2, while this was the last match of Albanian national team in the framework of EURO 2020 Qualifying.
In this way, Albania finished fourth in group H, leaving behind only Andorra and Moldova, failing to repeat the historic qualifying of EURO 2016.
Antoine Griezmann scored one and created another as France secured top spot in their Euro 2020 qualifying group with a 2-0 win in Albania.
The Barcelona forward set up the opener for Corentin Tolisso after eight minutes and followed up with the second just after the half-hour in Albania's first match at the new "Air Albania Stadium".
It was the perfect way for the world champions to celebrate Didier Deschamps' 100th match as manager of France, who were already qualified, and ensured they finished two points ahead of Turkey in Group H.