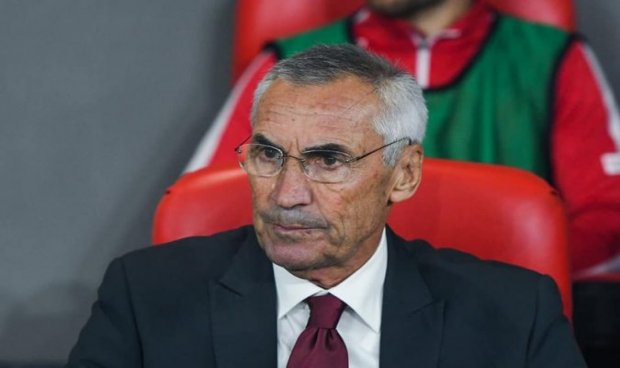 Coach of Albanian national football team, Edy Reja expressed his pleasure to continue coaching Albania, following the expiration of his contract.
Reja had a contract until the end of EURO 2020 Qualifying, meanwhile he stated after the last match against France on Sunday that his wish is to continue coaching Albanian national team.
Moreover, Reja regrets not having more time to work with Albanian national team, adding that he tried to bring new players to the team because they are very important for the future.
"Before facing such a championship, you have to get to know the team for a year, and I didn't have the opportunity to do it. I tried to bring in some new elements. It is important to introduce new players. It is vital for a team like Albania. De Biazi's group has reached a certain age, and needs to be replaced. I am pleased because the team was improved. I am pleased in general with this campaign. We will try to do better and bring in other players. I will talk to the president about my future as my contract ended. We did a good job and I liked it. I would like to continue with the Albanian national football team," said Reja.

President of the Republic of Albania, Ilir Meta called this Saturday for the... January 18, 2020
Economy
MORE

The President of the Republic, Ilir Meta will attend the Solemn Academy "Thank you... January 18, 2020

Expectant mother has been physically violated by burglars in her home, as reported... January 18, 2020

Further details have come to light this Saturday regarding Fridayâs kidnapping... January 18, 2020

The number of people already infected by the mystery virus emerging in China is far... January 18, 2020