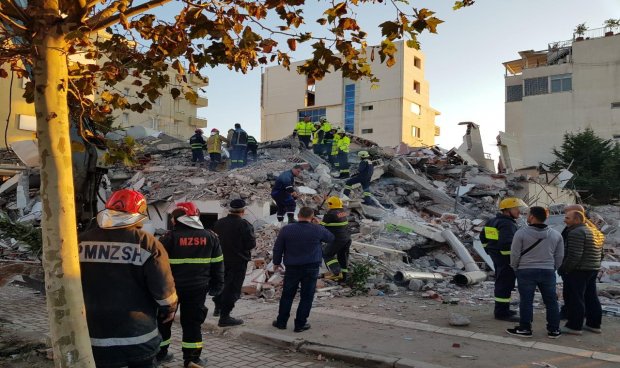 At least 18 people have been killed, several more are missing and more than 600 have been injured after a strong earthquake, 6.4 magnitude struck Albania on Tuesday morning. The quake, which had a preliminary rating of 6.4 magnitude, hit the European nation at an approximate depth of 20 kilometers (12 miles) early Tuesday local time, according to the United States Geological Survey.
The epicenter was in the port city of Durres, about 36 kilometers (22 miles) from the capital Tirana. Social media videos from the area show several buildings have collapsed.
The Health Ministry confirmed that at least 600 people were injured in the quake and now are taking medical help at hospitals while Prime Minister's office has said that several people are still missing.
Nearby Bosnia and Herzegovina was also struck by an earthquake on Tuesday morning, the country's interior ministry told CNN. That quake had a 5.4 magnitude rating.