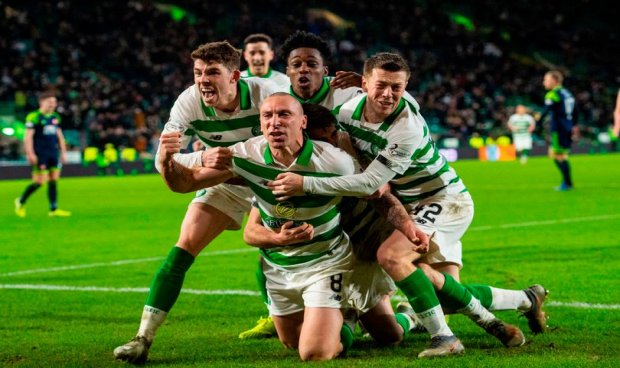 Scott Brown's leadership qualities have been recognised by the President of Albania.
Ilir Meta has been following Celtic closely since meeting some fans in Sarajevo in July and has been keeping track of the hoops ever since.
Every club needs leadership and in their moment of need against Hamilton on Wednesday the veteran midfielder came up with the goods.
Heads would have sunk at other clubs when a 90th minute equaliser is conceded but Brown noted that there was three minutes stoppage time to be played after Accies had slowed the second half at every possible moment.
Picking up on a loose ball from Mikey Johnston the 34-year-old drive deep into the penalty area then delivered a low diagonal shot beyond the keeper and inside the far post.
The joy inside since Celtic Park could be heard far and wide, over in Albania it brought a smile to the face of President Meta.