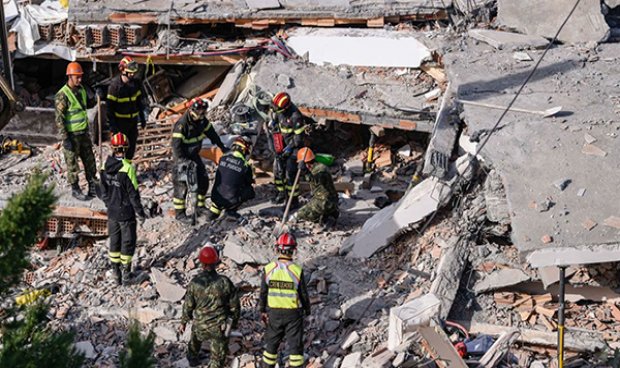 No one appears to be pleased with how the things went on during 2019 in Albania. Wrong moves, exaggeration, much emphasis on appearance instead of substance, a widely felt social gap on the rise, and a tragic earthquake coming just like the cherry on the top of this cake of sadness, would make of 2019, the year very few people would like to remember.
On the political level, the decision that stunned everyone - probably many a people on the opposition side too - was that of giving up parliamentary mandates in February, the so called "burning" that was supposed to produce an institutional and political vacuum that the PM and his Socialists would not know how to handle. But although the replacement of departed MPs produced a ridiculous, genetically modified - and incomplete parliament, the process was legal, while the opposition, by resorting to the most radical weapon, was left with no other move.
Actually, it had one more ace under the sleeve: Taking part in the June 30 local election, and in the meantime building on the momentum that government scandals created. Among those scandals one would count the Dibra election scandal, the Big Ring tender, the situation with the then Interior Minister Fatmir Xhafaj's brother and other files.
But the opposition chose to boycott. Whatever rectifying efforts the President of the Republic made, with his decrees and repeated calls for dialogue and finding common ground, nothing happened.
Nothing. Not even in Albania's EU membership talks. The EU refusal reflected the Albanian crisis as much as the Union's own perplexities. The opposition tried to highlight the first part as the real culprit, and PM Rama put emphasis on the second one. But for sure, it was not Brussels' fault that in front of Zero competition, the PM lost two municipalities because of wrong mayoral choices...
And then came the November earthquake... with the government guilty of causing at least several Thumana victims, who were not supposed to remain in the same severely shattered apartments from the September warning tremors. They should have left the doomed building at least two months ago!
Speaking of departures, I should probably correct the opening statement of this note. Chances are, the Albanians who managed to leave for other EU countries are - if not the happiest - the least saddened Albanians of 2019...