The Bubble Has Burst! The Bubbling Infants, Serbia's Useful Idiots in Tirana
By By Shaban Murati
Albanian Daily News 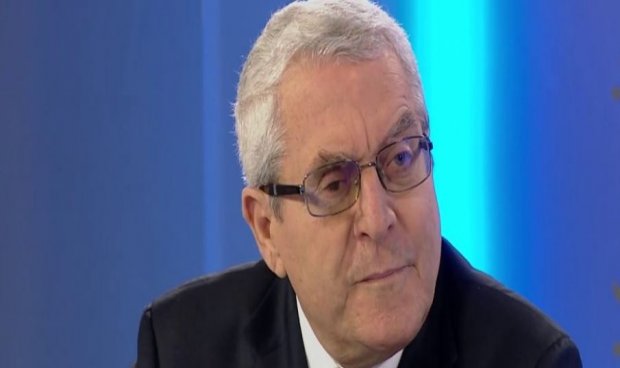 It took only five days after the third summit in Tirana of the Yugoslav and philo-Yugoslav supporters of Serbia's "Western Balkan Economic and Political Bloc" project, for the bursting of bubble of Balkanic boasting of "great peace and freedom" which the Serbian project with the false name "Balkan mini-Schengen" would spawn.
On December 27, 2019, the Serbian secret services, Serbian state institutions, along with the Serbian church, organized a new coup attempt in Montenegro, when radical political, paramilitary and religious pro-Serbian forces stormed in the Montenegrin parliament to block its functioning and prevent the adoption of the new law on religious freedoms and the legal status of religious communities in Montenegro.
The sovereign parliament of a sovereign state was normally working to adopt a sovereign law, on its own legislative, juridical, constitutional right. But Serbia, with its agents and priests, flagrantly intervened to forcibly block the neighboring state's highest legislative body. The December 27, 2019 event is the second flagrant intervention by the Serbian secret service, the Serbian church and Serbian state institutions against the sovereignty and integrity of the independent state of Montenegro. The first time was the October 16, 2016 coup attempt in Podgorica, organized by Serbian and Russian secret services, to overthrow Montenegro's lawful government and prevent the country from joining NATO.

The degree of instrumentalization of the Serbian church in Montenegro is so elevated, that the Serbian state and government in the most outrageous way not only opposed the new law on freedom of religion in Montenegro, but went against the sovereignty and integrity of the organs and of the independent state of Montenegro. Serbian President Vucic, with typical colonialist behavior, phoned leaders of the anti-Montenegrin front on December 27th, who attempted the new coup in the Montenegrin parliament, and encouraged them to continue their mission as they had the backing of Serbia. This is a blatant interference in the internal affairs of a sovereign state and of another people, when the Serbian president formally and publicly supports anti-state pro-Serbian rebellion.
On January 3, 2020, the Serbian secret service staged radical protests outside the Montenegrin embassy in Belgrade, where Serbian fanatical gangs attacked the embassy building with Molotov bombs and burned the Montenegrin flag.
One of the slogans held by the protesters paid by Serbian secret service, was "Milo Djukanovic the Albanian". It would be interesting to remind the Tirana levantines that, by this slogan, Albanians are considered the standard of evil for Serbia and this is the moral system of the "Serbian mini-Schengen".

That we are not dealing with a mere religious issue in Montenegro case, is shown by the fact that the loss of possession of the Serbian Orthodox Church in Montenegro is being experienced as a geopolitical loss and the end of Serbia's control of the coveted Adriatic state. The unprecedented and disproportionate state intervention and reaction in Moscow especially goes to illustrate this.
Russia's Foreign Ministry issued a statement on December 30, 2019, expressing its "grave concern" over the situation in Montenegro with the adoption of the law on freedom of religion. The Russian MFA is concerned, according to the communique, that the new legal act gives Montenegrin authorities the right to seize 650 religious sites on the territory of the Serbian Orthodox Church and give it to the Montenegrin Orthodox Church.
Russia is worried, according to the communique, about the administrative pressure over the Serbian church, which aims at ousting it from Montenegro altogether. Russia's MFA legitimizes its intervention in Montenegro's internal affairs with the justification that the new law elevates this issue into an international case. So Russia seeks to internationalize an internal matter of a sovereign state, to question the right of a sovereign parliament and a sovereign state to adopt the laws of its domestic life in international discussion. Russia, on the other hand, proclaims its political, diplomatic and strategic claim to lead all Orthodox states in the name of Orthodox unity.

The shocks, which Serbian and Russian religious geopolitics in the Balkans are undergoing, hamper their efforts to expand influence in the region. It is no accident that Russia and Serbia mobilized their clerics and all propaganda infrastructure to accuse the West and the US of pushing for a new law on religious freedom in Montenegro. The Russian portal "zavtra.ru" wrote on December 31 that "the strategic weakening of the Serbian Orthodox Church is of interest to the US".
Serbia's brutal interference in Montenegro's internal affairs must attract the serious attention of Albania's government and specialized institutions. It has to, because Montenegro has an important Albanian community living in its territory, whose vital interest is to remove any Serbian threat to the independence of Montenegrin state. It should draw attention, because Montenegro is a neighboring NATO member state whose security interests are closely linked to those of Albania, because they belong to the same alliance and the same Atlantic security architecture.
It should draw Tirana's attention, while the later should remember to probe why Serbian and Russian organizers of the coup attempt in Podgorica on October 16, 2016 planned a passage through the territory of Albania of several subversive groups participating in that effort.
The Albanian government should not turn a blind eye to the dangerous phenomenon of the increasingly open intervention in Albania of the Serbian Orthodox Church in Montenegro, led by the black bishop Amfilohije, a Serbian ultranationalist and pathological anti-Albanian who now and again has staged provocations in Shkodra with 'territorial revendications' for the city, on claims that Serbia has liberated Albania, that killed Serbian soldiers should have their memorials here the same as Greek soldiers, etc.
The Tirana government, instead of proclaiming "non grata" this fascist priest years ago, which I have addressed as a request since 2011 ("Faustian Balkans", pg. 137), continues to allow his entry in Albania. The latest case is the visit and talks of Amfilohije with the Archbishop of the Albanian Orthodox Church in Tirana on December 2, 2019. Nothing was announced about the content of their talks, but various sources indicate that Amfilohije is pressuring for the Albanian Orthodox Church not to recognize the Montenegrin Independent Orthodox Church.
Serbia's brutal interference in Montenegro's internal political, legislative, administrative and religious affairs is a significant indicator of the true content and strategy of the new Western Balkan bloc's Serbian project under the false name "mini-Schengen". Serbia seeks to impose its hegemony on the states participating in this bloc. It is no coincidence that Serbia has never made peace with the independence of the state of Montenegro, nor with the independence of North Macedonia, which Serbian nationalism regard as its western and southern provinces.

Serbia does not even recognize Kosovo. Serbia ignores Bosnia and Herzegovina's independence and nourishes the "Republika Srpska" separatism. The Serbian project of the Western Balkan Economic Bloc aims to revive the metropolitan relations Serbia has had with the republics in the former Yugoslav federation. This very state that Belgrade dreamt of integrating within the federation as Yugoslavia's 7th Republic some 75 years ago, is now marching with governmental enthusiasm toward joining this project.
The childish bubblers who keep propagating the four or fourteen freedoms of the new bloc's Serbian basket, should first open their eyes and see what Serbia is doing in Montenegro, to understand the real hegemonic scheme of the Serbian project. Tirana must open its eyes to see that Serbia currently has strained relations and tensions with Croatia, and the newly elected Croatian president on January 6, when he was prime minister, defined Serbia as "a miserable state".
Serbia has led relations with Montenegro to its lowest point since its independence. Serbia has strained relations and provoked tensions with Kosovo for 20 years. Serbia has strained relations with Bosnia and Herzegovina. All regional tensions have a common denominator of Serbia's ambition for hegemony in the Western Balkans or in the "new Yugoslavia". If Serbia seeks to impose the status of a colony on Montenegro, Kosovo and North Macedonia, why would it make an exception for Albania?
Only Serbia's useful idiots in Tirana dream this. / Dita daily

Although Albania has not yet confirmed a case of coronavirus, local businesses... February 27, 2020
Social
MORE