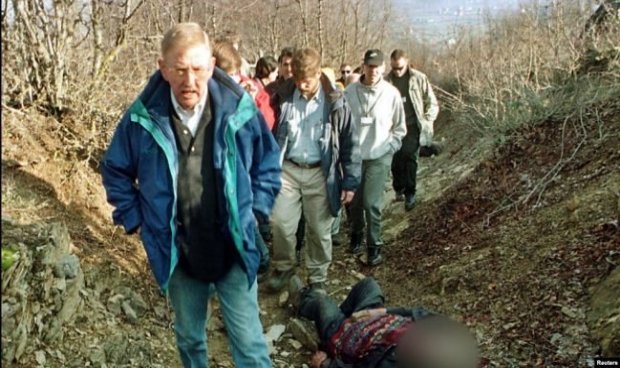 The Racak massacre, one of the largest massacres in the Kosovo war, happened 21 years ago, on January 15, 1999, when Serbian military forces brutally killed 45 Albanian civilians.
It is believed that the order to carry out the massacre came directly from former Serbian President, Slobodan Milosevic's office. Initially, Serbian forces refused to allow the supervision of international observers and stated that all the victims were members of the Kosovo Liberation Army.
This claim was dropped after the arrival of the UN Observer Mission, headed by William Walker, who after a field visit would declare that it was a crime unparalleled in the history of modern wars and that the victims were all civilians and unprotected, including a 12-year-old child and three females.
The Racak massacre and the report that came out of the international observation mission were the main factors of the NATO member countries' decision to launch bombing and use of force against Serbia.