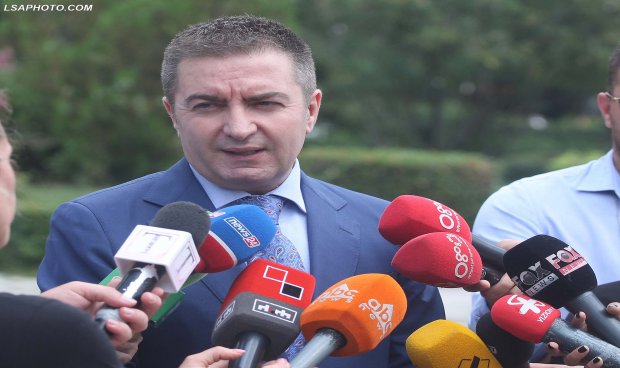 Albania, due to the lack of Constitutional Justice, is under the acts of a coup d'eta!
All those who choose to study in the law faculty, one of the first postulates to learn is the supremacy of the constitution over all other laws.
According to this logic and the way of reasoning that arises from it, the constitutional norm is the superior norm of a legal system.
This principle, even without legal training, is learned by MPs during their work and more directly during the law-making practice. Or at least, it is thought or assumed that they should be taught.
Because their work requires them to know what the constitution is and how the hierarchy of constitutional laws escalates in descending order to codes that are qualified majority laws, and codes that are laws with supremacy over simple laws which are called such as they are approved by a simple majority, meaning they are approved by a vote of more than half of the MPs participating in the voting.
You feel for the didactic nature of the above explanation, but I am also obliged to make devulgative explanations, that is, of elementary character, to suit the intellectual level of a part of the MPs, who are not at fault for being below the mediocre level.
But if their intellectual level does not make them guilty, the intellectual ignorance does not protect them from being distorted and abolished until disgust, when even by them, the process of lawmaking in the Assembly of the Republic of Albania has long been an unconstitutional activity.
It is an unconstitutional activity because it runs counter to the constitutional obligation deriving from Article 64 of the constitution, according to which "the Assembly consists of 140 deputies". The Assembly of the Republic of Albania has no longer 140 members since one year ago!
But the lawmaking activity of the Assembly is also unconstitutional due to the inability of the Constitutional Court to exercise its functions, which is the only body that can adjudicate its acts.
Adoption of laws in the conditions of the Constitutional Court's malfunction is clear evidence that the government has deliberately blocked the process of replacing the vacancies created in that court, to use this suspended time not simply to violate the constitutionality or jurisprudence or in constitutional law is known as Constitutional Justice, but much more than that; to formally "legalize" their activities against perpetrators, who as a structured criminal group, are in fact committing a coup!
Yes, the Albanian Parliament is carrying out a coup!
For all those who naively or unconsciously perceive a coup only when the military takes the tanks out of the way and forcibly overthrows the legitimately elected bodies, I have to explain that it is only one of the cases of a state coup.
A parenthesis: the coup "comes from the French phrase coup d'etat, which means a coup in the state and is used as a professional term to describe what is called a worldwide coup." So it comes from the French words coup, which means sudden hit and etat, which means state.
According to this definition, another case of "striking in the state" is the activity of the Assembly of the Republic of Albania, which, by will and in an organized and deliberate manner, prepares and adopts laws that are manifestly and openly contrary to the constitution, with a view to attacking the state and assuming the constitutional authority or power of other constitutional bodies.

Just a few days ago, the government, using (in fact, reading: misusing!) A group of lawmakers from among those most likely to use it, took the initiative to pass a law, according to which members of the Constitutional Court, they must not swear before the President of the Republic, as the constitution stipulates, before commencing their duties, but must swear before themselves by taking the oath in writing (ignorance without limit!), or even performing it before a notary!
The purpose of such an initiative is clear; the government wants to seize the Constitutional Court and, through it, end the cycle of seizure of the entire state, by taking even the only legitimate institution in the country, that of the President of the Republic.
The Prime Minister and others behind him may not like Ilir Meta. That's in their own right. But if I do not like Ilir Meta, it does not give them any right to infringe on him, to violate the constitution and to take legal steps in opposition to the constitution, because such a practice is a coup!
Constitutional justice is the institution that guarantees respect for the hierarchy of the sources of law and, thus, the supremacy of the constitutional norm, as the superior norm in a legal system.
This means that no law, therefore no law and no code can have power, therefore, it cannot be implemented as long as it is contrary to the constitution! This is neither a matter of will nor a matter of pleasure.
It is an obligation for all citizens of the Republic of Albania, from the President and all others. It is also an obligation for the prime minister and his government, it is also an obligation for the spirit of the MPs.
However, the power gang, killing the Constitutional Justice by blocking the Constitutional Court and aiming to capture it, is doing nothing else; but it is taking the next step in trying to fulfill the coup as the ultimate goal, which would mark the worst blow to the political system, the rule of law and democracy itself!
The constitutional court is the arbiter of powers. It is in the context of a conflict between powers that it intervenes and delivers constitutional justice. The Assembly does not have this right, nor does the government that changes the Assembly violate the constitution.
Constitutional justice is coming soon. And with it, will come the absent justice, both first of all education and then of law enforcement, whereby blindness to the use of unconstitutional acts will not be able to immunize even the poor who know nothing but to enjoy the pleasure of their only "merit"; the misusage!
The Assembly of the Republic of Albania must understand today what kind of road is being invested. Tomorrow it will be too late and there will be no chance to spare Albania the costs of its foolishness!

Several members of the Socialist Party addressed a motion to the SP Congress one day... February 27, 2020

Minister of Justice, Etilda Gjonaj accused on Thursday the President of the... February 27, 2020
Economy
MORE

Although Albania has not yet confirmed a case of coronavirus, local businesses... February 27, 2020

US officials briefed senators yesterday on coronavirus and said a vaccine was at... February 26, 2020

Earthquake of 3.1 magnitude was recorded this Thursday near Tirana and Durres, in... February 27, 2020

Court against Organized Crime has made this Thursday the decision to sequestrate... February 27, 2020

Ministry of Health and Social Protection calls on citizens who have traveled from... February 27, 2020
Op-Ed
MORE

Israeli Scientists: 'In a Few Weeks, We Will Have Coronavirus Vaccine'

Israeli scientists are on the cusp of developing the first vaccine against the... February 27, 2020

The novel coronavirus has gone global. What had began as an outbreak in China is now... February 27, 2020

WHO on Coronavirus in Europe: 'Be Prepared'

The director of the World Health Organization (WHO) in Europe, Hans Kluge, said on... February 27, 2020