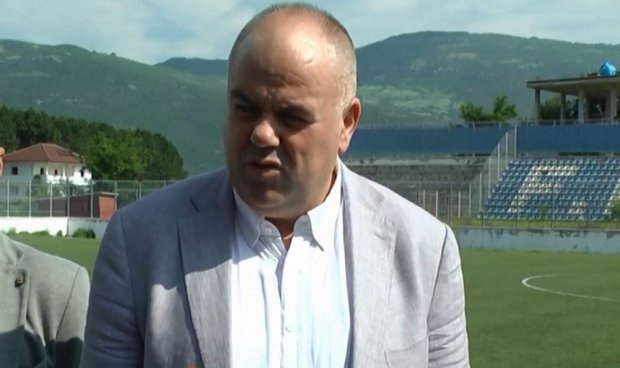 On the eve of the match against Tirana, considered as an early final, President of Kukesi team Safet Gjici, calls on Kukesi fans' to participate massively at stadium and to give their support in this extremely important match. The statistics speak in favor of the Shpetim Duro team as they have managed to get 6 points in their first two matches for this season. The importance of this challenge is vital but the team should not be under pressure as according to Gjici, nothing ends after this match.
Gjici does not exclude the team of Partizani from the title race either, this is expected to be a season where everything will be decided in the "last breath". Gjici asks the team to go until the end of the two competitions, but of course the top priority is winning the Super League.

Balla Signs Halving of Salaries, Calls on Other Groups to Do So

Albania has decided to suspend all the procurement procedures during COVID-19... April 1, 2020

The worsening economic situation with the closure of a large number of businesses... March 31, 2020

Albanian government has added to the list of the businesses that can conduct their... March 30, 2020
Social
MORE

Help Provided Even for People in Remote Mountainous Areas

World Autism Awareness Day Reminds Us of Our Obligations; Meta

Three first coronavirus patients in Korca have recovered. The patients were a... April 2, 2020

Despite the situation with COVID-19, the vetting process for Head of National... April 2, 2020

8 Children In Albania Infected with Coronavirus

The number of children infected with coronavirus in Albania has jumped to eight.... April 2, 2020
Op-Ed
MORE

Under the huge shadow of COVID-19, diplomacy on the Kosovo-Serbia dialogue... April 2, 2020

Italian PM Has a Plan: His Own Party

Mario Draghi has no desire to be a Premier while PM Conte has no intention to let go his... March 29, 2020

Diary of the Crowned Plague

The number of criminals, thieves, fraudsters and liars who have spoken about their... March 28, 2020
World News
MORE

What's happening around the world? A summary of some of the main global stories... April 2, 2020

Spain has recorded another 864 deaths related to coronavirus, the highest in one... April 1, 2020

Russia Helps US with Coronavirus Supplies