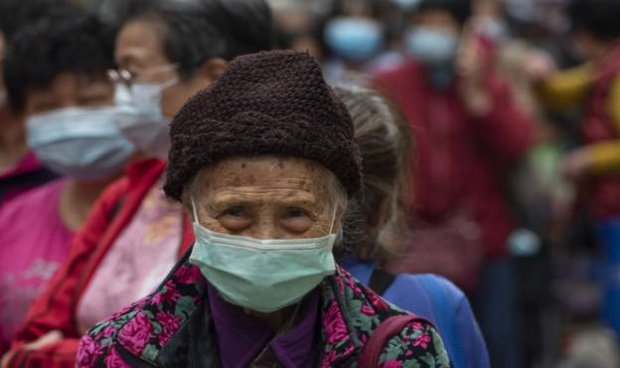 The World Bank has released its economic outlook for how countries in East Asia will fare this year, taking into account the impact coronavirus will have on their future growth.
The outlook is grim - the virus has threatened tourism, trade and commodity-driven economies. Worse still - it's also risking the livelihoods of millions of Asia's most vulnerable.
The poor will get poorer, and even rich countries will struggle to keep businesses and households afloat.
In China - where the outbreak began - the bank says the virus' impact will see economic growth shrink from 6.1% last year to 2.3 % in 2020 if the pandemic doesn't get worse. But if it does, then we are looking at growth of just 0.1% this year. And it's a similar picture across the region.
Worse still is the serious impact on poverty, both directly through illness and indirectly through lost incomes. The bank forecasts nearly 24 million fewer people will escape poverty in 2020 because of the virus. In the worst case - poverty is estimated to increase by 11 million people.
Asia - and in particular China - have been the world's economic engine for the last decade. The coronavirus has stopped that growth in its tracks.
Recovery will be a long and difficult road ahead.
The financial fallout from the coronavirus pandemic will stop almost 24 million people from escaping poverty in East Asia and the Pacific, according to the World Bank.
In its latest report, the bank said that "significant economic pain seems unavoidable in all countries" while warning of "substantially higher risk" among households that depend on industries particularly vulnerable to the impact of the virus.
These include tourism in Thailand and the Pacific Islands along with manufacturing in Vietnam and Cambodia.
Under its worst case scenario, the bank predicts that almost 35 million people would be expected to remain in poverty, including 25 million in China. It defines the poverty line as living on $5.50 a day or less.
The World Bank predicts growth in the developing East Asia and Pacific region will slow to 2.1% in its baseline scenario this year. This compares with an estimated expansion of 5.8% in 2019.
The World Bank urged the region to invest in expanding healthcare, medical equipment factories and to offer subsidies for sick pay that would help with containment and aid households.
(Source: BBC)