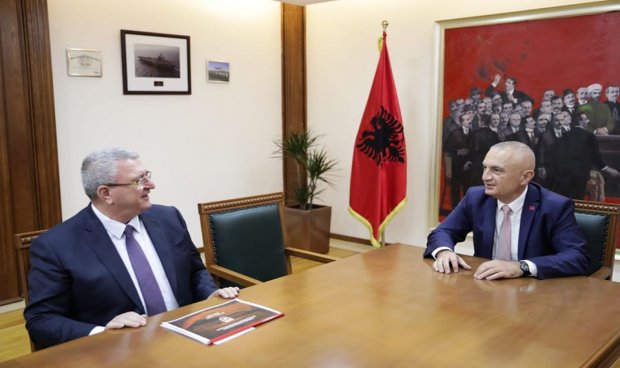 President of the Republic, Ilir Meta said on Thursday that football should resume in Albania just like in other countries, respecting new hygiene and social distancing protocol.
During a meeting with Head of Albanian Football Association (AFA), Armand Duka, the Head of State said that he was informed over the new protocol prepared by the medical team of the AFA.
"It is a pleasure to welcome today the President of the Albanian Football Association, Armand Duka, who introduced me to the sanitary protocol prepared by the medical team of the AFA, according to UEFA guidelines, for the resumption of football activities as soon as possible.
I believe that with effort and understanding, as in many other countries, we can return football life but also sports in the country, with new conditions and with the right sanitary protocol. There is no better vaccine for health protection than sports," noted President Meta.