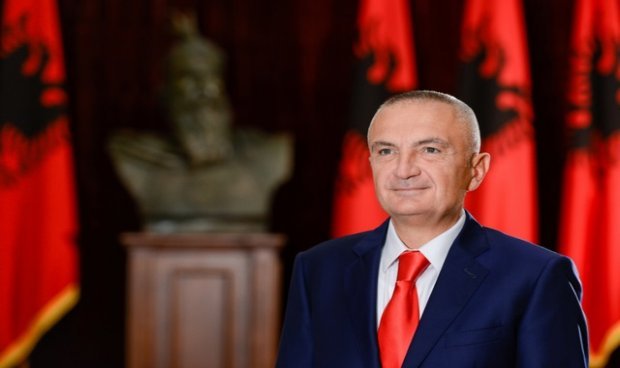 33. On 07.12.2017, the JAC 2018 was composed by the Speaker of the Assembly. On 19.03.2018 it held a meeting, where the Chair of the Legal Parliamentary Commission called on the Council to limit itself to administrative functions but to refrain from ranking candidates. This position was motivated by the fact that the members of the JAC had not been (all) vetted yet. Subsequently, the JAC 2018 lacked a quorum due to the vetting. It never met again.

80. At various stages, the Venice Commission was involved in the assessment of the vetting in Albania. In 2015, the Venice Commission gave two opinions on draft constitutional amendments, which inter alia established the vetting procedure.9 In 2016, upon request of the then still functioning Constitutional Court, the Commission provided an amicus curiae brief.10 In these opinions the Commission expressed the view that the very radical process of vetting ("qualification assessment") of all sitting judges and prosecutors by the specially created Independent Qualification Commission could be seen as appropriate in the Albanian context, on the basis of the - widely shared - assumption that the level of corruption in the Albanian judiciary was extremely high and required urgent and radical measures.11 It should be noted in this respect that, coherently, the interlocutors of the Venice Commission's delegation insisted that the vetting procedure was indispensable in Albania, even if it had led to unforeseen consequences. However, the Commission insisted that the vetting could be only an extraordinary and strictly temporary measure and the Commission made a number of recommendations for safeguards in this process.
81. The overall duration of the vetting process could not be anticipated. The Venice Commission stated it was "not in a position to indicate exactly how much time will be necessary to vet all sitting judges and prosecutors. It is conceivable that in the most complex case vetting procedures may take more than three years or even longer."12 The Commission however had stressed, looking at a nine-year mandate for the members of the Independent Qualification Commissions (IQC) and judges of the Specialised Qualification Chamber (SQC) [as they were called in the draft examined by the Commission], that such duration was excessive because the vetting process needed to be "strictly temporary", lest the vetting structures replaced ordinary constitutional bodies. This remark is a fortiori valid when the risk is that the vetting structures paralyse ordinary constitutional bodies such as the Constitutional Court, the High Court and the JAC, and makes them inoperative.
82. During the visit, the Commission's delegation learned that some individual vetting procedures have taken a long time. The EU Commission in this regard explained that the average size of the individual files is around 800/1000 pages. According to information provided by the ombudsperson and the JAC, some files have more than 10.000 pages, and may include lengthy judgments (for judges) and indictments (for prosecutors), as well as detailed documentation of all financial transactions over a prolonged period of time, not only of the person to be vetted but also of all his/her close relatives.
83. Out of the over 200 persons that have been vetted so far (some 800 persons are to be vetted in total), according to the EU Commission a small number seem to have preferred to resign rather than to submit themselves to this procedure. In Tirana, the delegation learned that difficulties were sometimes incurred into, having to provide justification for long-past revenues of spouses. It was also alleged that there was an overly rigid application of very short (two weeks) procedural deadlines, although in some cases certified documents had to be obtained from abroad. According to the EU Commission, derogations were granted upon request "most of the time", although the Venice Commission does not know on which legal basis. Furthermore, it seemed to be unclear on the basis of which criteria some decisions of the Independent Qualification Commission were appealed to the Appeal Chamber by the Public Commissioner and others not.
84. This opinion focuses on the appointments to the Constitutional Court and the Venice Commission is not equipped to and has no mandate to examine these allegations. However, for the Commission it is obvious that the vetting process must be conducted as swiftly as possible, albeit providing a fair examination of each case. Appropriate modalities must be found, and changed if necessary, for this process not to prevent the functioning of the judicial institutions of Albania. The Commission cannot but recommend speeding up and rationalising the vetting process, it being understood that the vetting on the level of the Independent Qualification Commission as well as the Special Appeal College will have to continue to be applied in a coherent manner. Coherence needs also to be ensured with the vetting procedure of candidates from outside the judiciary, performed by the JAC. The process must not result in the continued paralysis of the judicial institutions.

IV. Conclusion
102. It is of vital importance for Albania to restore the Constitutional Court and the High Court as quickly as possible, even more so in a time in which highly complex questions pertaining to the constitutionality of public affairs in Albania present themselves. A number of cases pending at the Constitutional Court cannot be adjudicated. To overcome this crisis, constructive interinstitutional dialogue and cooperation between the State institutions are required and are essential.
103. The constitutional crisis in Albania has not been caused by one specific act, but is the consequence of the interplay of several factors:
 the necessary vetting procedure had more pervasive effects than originally foreseen;
 as a consequence, amongst others, of the comprehensive vetting procedure, the High Court andthe Constitutional Court have been rendered dysfunctional;
oath-taking. This judgment must be respected. Under the Polish Constitution, the Constitutional Tribunal and not the President is the final arbiter in cases involving the interpretation of the Constitution. The President of the Republic and the other State authorities have a responsibility to ensure the implementation of the Tribunal's judgments." (CDL-AD(2016)001, para. 108-109. In footnote 25, the Commission referred to the Marbury v. Madison case. The US Supreme Court held inter alia that a judicial appointment is only completed "when the last act required from the person" making the appointment is completed. In that particular case this was the President's signature). An important basis for that opinion was thus that the Polish Constitutional Tribunal itself had decided that the oath could not be regarded as 'the last act' required to validate an appointment. Furthermore, the regulation was only contained in a law and not in the Constitution.
16 In Ukraine, under the app